This play is about the immigration, the story of two girls, both named Marjaneh.   One immigrates to   Europe from Iran the other from   Europe to Iran. They had a common issue and it was a kind of doubt about their decisions. Human comes to immigration against threat to his identity and protect his existence and cultural records to get rid of this threat. The play of “The Door” deals with this issue. 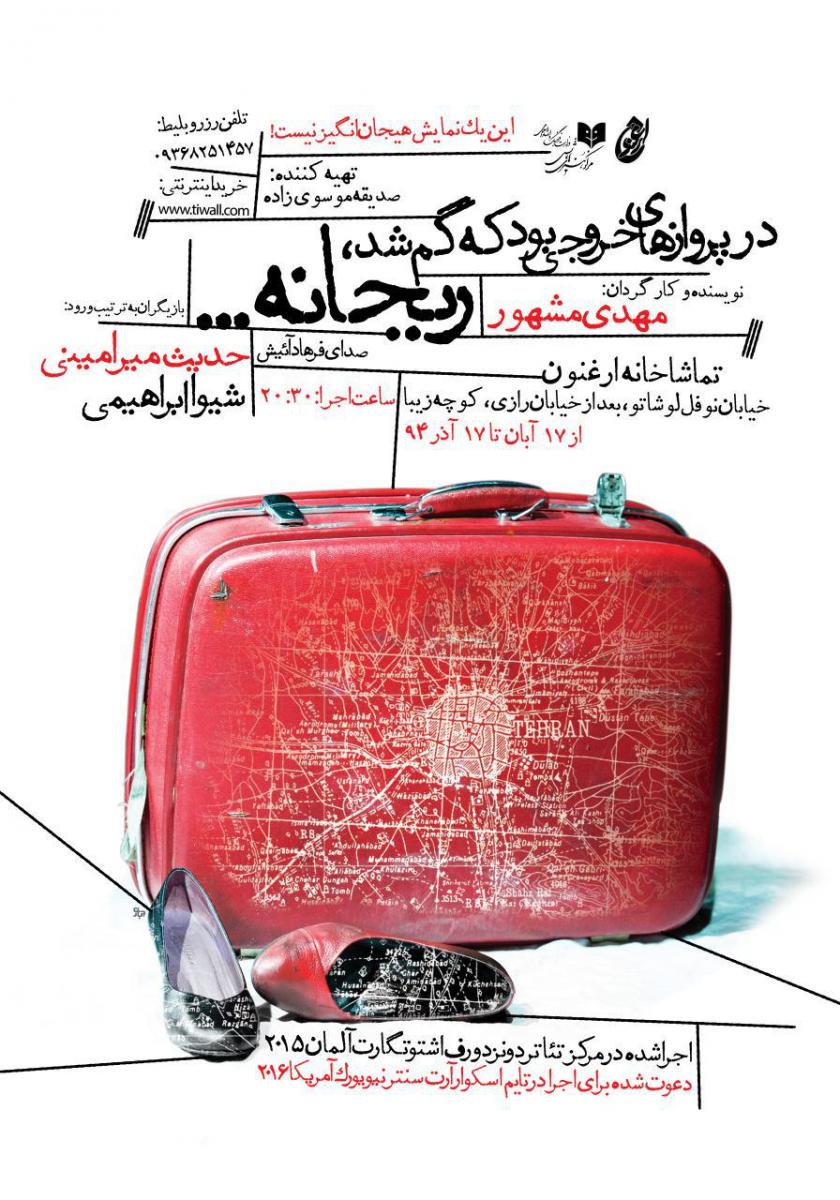 Written and directed by: Mehdi Mashhour